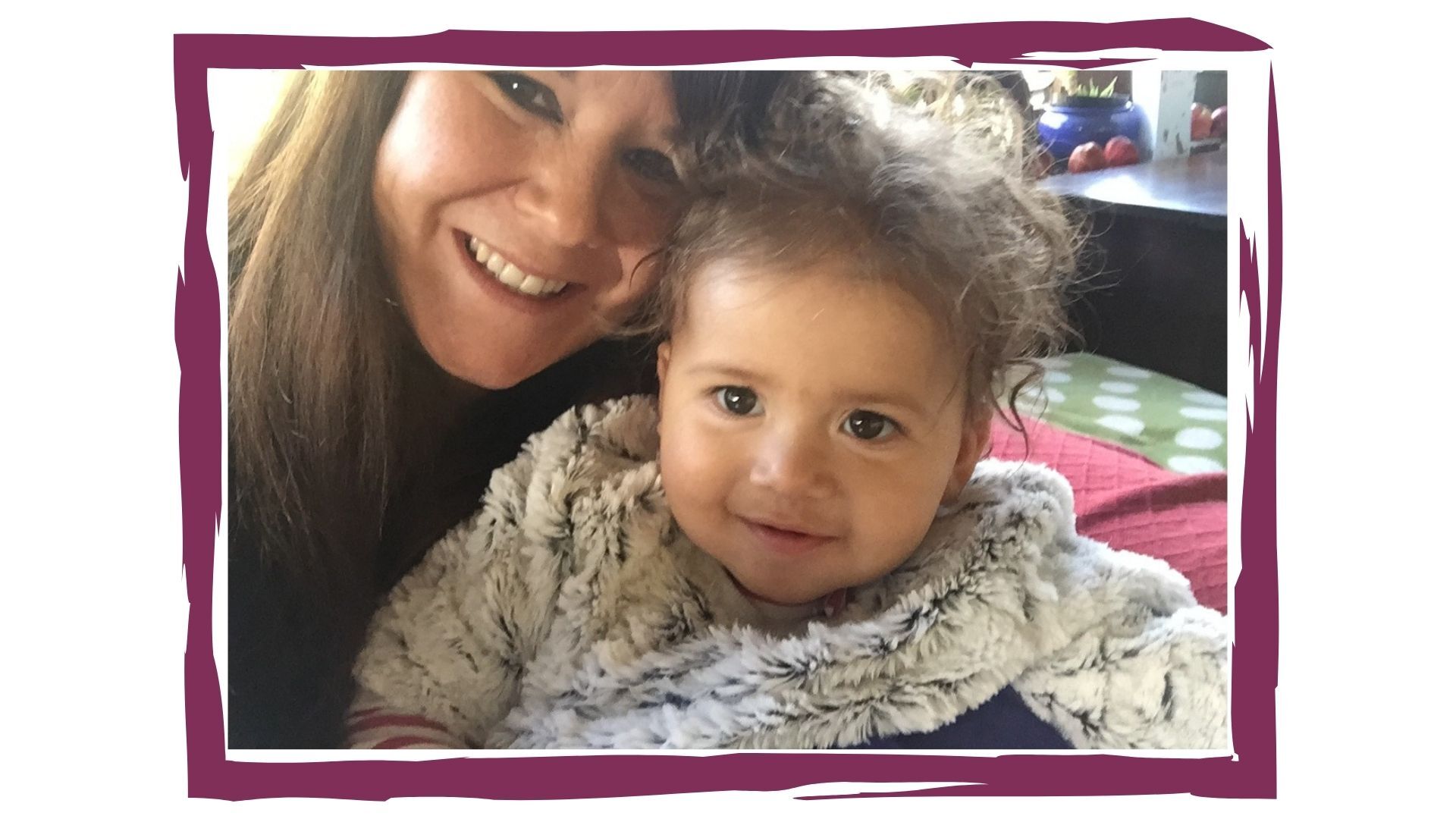 Where do you think it came from?

I was diagnosed with Obsessive Compulsive Disorder (OCD) at 15, a mental health condition that I have lived with since late childhood. It has peaked and troughed over the years, resulting in phases of extreme anxiety and depression, to moments where I could laugh out loud at the ridiculous thoughts I have had and the need to obsessively and constantly check.

Before falling pregnant, I was going through a particularly bad phase and knew I needed help especially if we wanted to start trying for a baby. The OCD is at large particularly when stressed, hungover or tired. I undertook a 12-week psychoeducational course through ‘Let’s Talk’ Gloucestershire and it was the hardest, most painful, most brilliant, most eye-opening thing I have ever done…it set me free.

Unexpectedly (and happily), we fell pregnant very quickly. We were that bit older (35 and 42), and had resigned ourselves to the fact it would take time – getting pregnant was not a given and we didn’t want to put pressure on ourselves. Just six weeks later, my period was noticeably absent, my boobs were on fire and I had really gone off prosecco. Something was certainly up! Three positive pregnancy tests later we couldn’t believe our luck.

We first saw the doctor at five and a half weeks. After booking us in to see the midwife at eight weeks, she also suggested that I come off the medication I was taking. I was so joyful and felt strong, I hadn’t long completed the psychoeducational course and we’d recently returned from the most amazing ski holiday. So I agreed to drop my dosage. Life was good.

At 6.5 weeks, I started to feel incredibly unwell and nauseous. All of the time. We had agreed with the doctor that I would withdraw from one medication and move onto a small dose of a ‘safer when pregnant’ medication. It was from the same ‘family’ as my previous medication and I was told that I probably wouldn’t notice the difference.

At 15 weeks, we flew to Ibiza for a much-needed break. It was beautifully warm, we were with our best friends and their children, and my bump was starting to show! On the downside I was being sick, and could keep anything down – not even the pina colada mocktail I had been craving. I had morning, noon and night sickness…it was horrible.

Upon returning home I felt low. I was being sick, and all of the other pregnancy symptoms that nobody tells you about were kicking in. After another visit to a different doctor, I was prescribed anti-sickness medication to help relieve the symptoms of Hyperemesis. I then went downhill, my anxiety was at an all-time high; there were moments I felt that I was going to die, that I wouldn’t survive pregnancy, and that my body had given up. I hated the feeling of the baby kicking; it made me feel out of control and I was terrified.

I was still working, commuting every day from Wiltshire to Cheltenham. I was sick in a layby every morning en route. When I arrived at work, I would often have to turn around and come straight home.

Anxiety, constant tears…and a new tremor in my leg. This was so hard. I really felt as though I was actually going to die. I then became convinced that my beloved partner would leave me. OCD heightens your absolute worst fears.

Eventually, at my wits end, I saw another doctor. A young guy in his early 30s who had trained in a maternity ward and had worked with pregnant mothers across the world. He listened. He increased my very low dose of medication and reassured me that the additional Diazepam I had been prescribed was fine. He also signed me off work for six weeks. 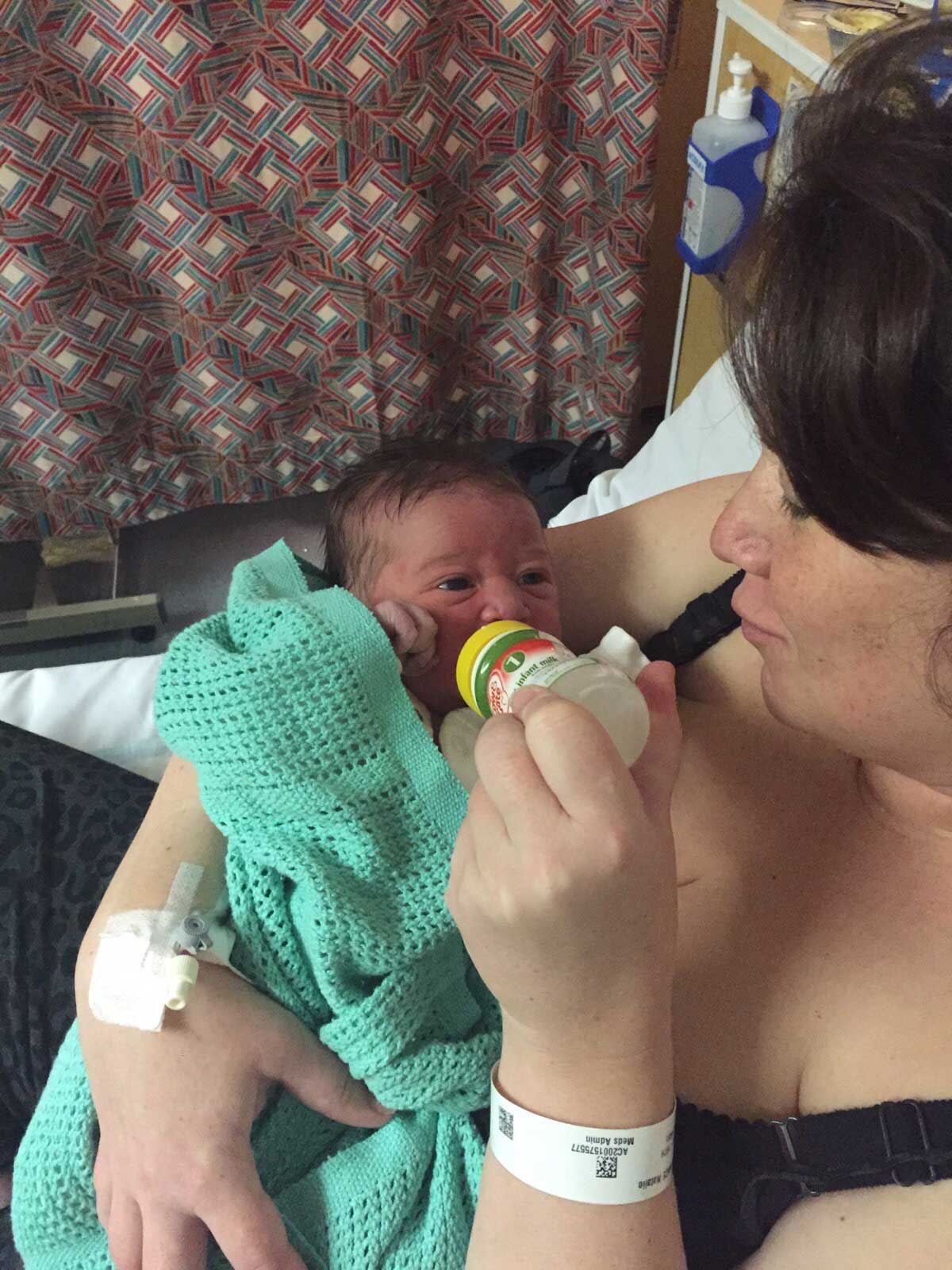 Later that evening the same doctor called to say that I needed to stop taking the sickness medication immediately, as it was having an adverse reaction with my current medication. That was why I felt so awful, and it was also the reason for the tremor.

Finally, someone medical had listened to me. I knew something was wrong, I was literally in the midst of a drug-induced state. Over the next few days I started to feel less anxious and the tremor stopped completely. My family arranged for a midwife friend to come and spend some time with me to allay my fears. She explained that hormone levels fluctuate and that would really be affecting my anxiety and that I needed to be on a good dose of my medication to keep this manageable. She also said that I needed to be referred to the senior midwife via my own midwife, and they could then refer me to a Community Psychiatric Nurse (CPN) who would assess me. She then kindly supported me for the rest of my pregnancy.

“All midwives have a ‘duty of care to women’. I loved this when I found out. If you don’t click with your midwife, you can request to change to a different one – who knew! Phone the senior midwife at your local hospital.” 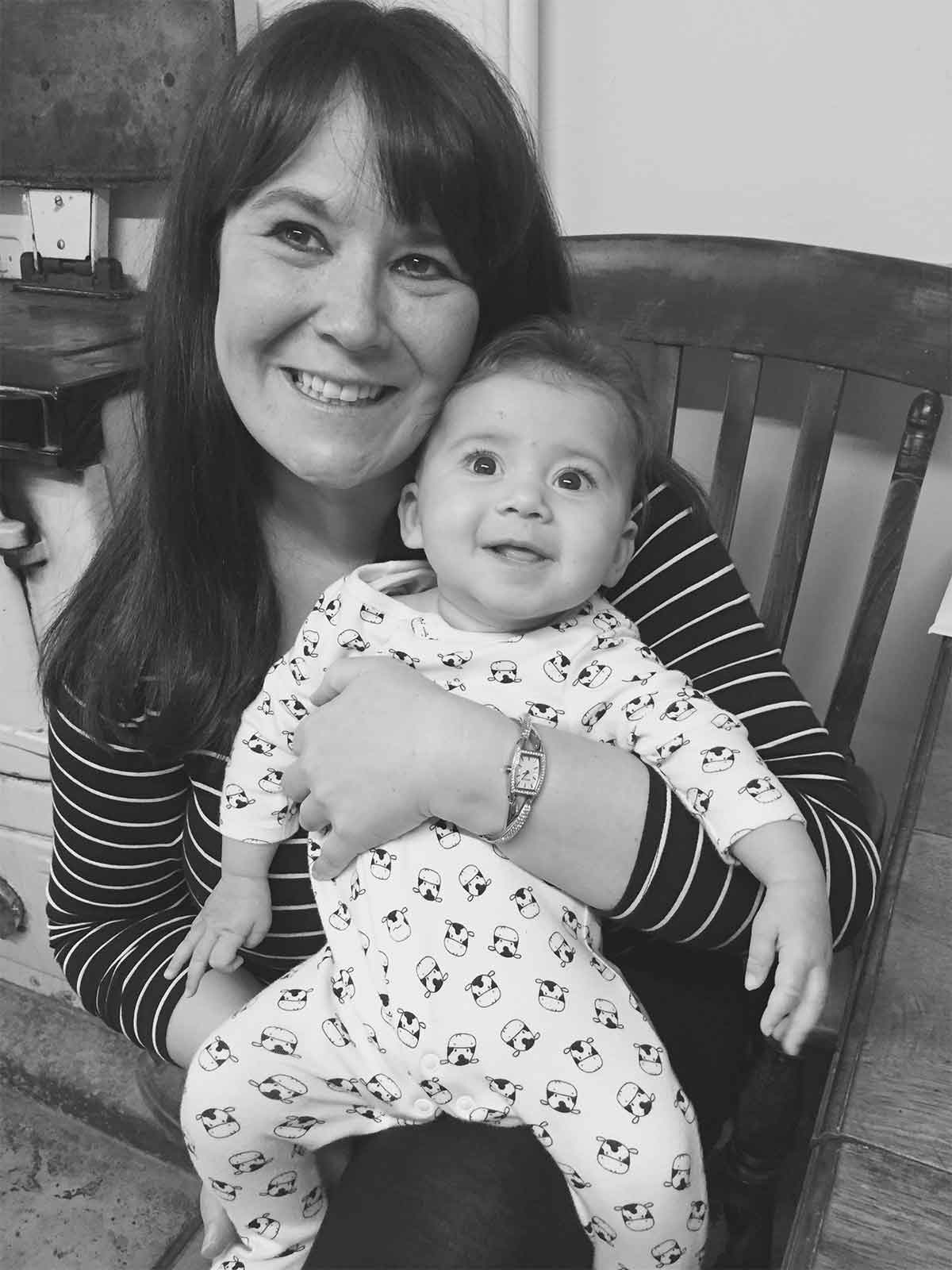 My partner and I saw the CPN and senior midwife together who were completely lovely and supportive. We talked through everything and I told them about my experience so far and the OCD. The CPN suggested that perhaps I hated the feeling of my baby moving because it is similar to the feeling that anxiety can create – this really resonated with me and I started to enjoy and appreciate her movement, knowing that it was not anxiety cramps.

From then on, I didn’t take any more sickness medicine – I would rather be sick than suicidal, and was then sick twice a day, every day, until our daughter was born.

I did survive my pregnancy – and with the support of my lovely partner, my family, my incredible NCT friends, my community midwife, my midwife friend, the senior midwife and the Community Psychiatric Nurse, along with an extremely supportive doctor who really listened to me and respected what I was saying – I gave birth to a happy, healthy little girl who is the love of our lives! After she was born, I was heavily supported by the Health Visiting team, who would visit me at home, give me one-to-one baby massage sessions and just come and have a cup of tea with me and listen to my worries.

I still live with OCD and my worries and obsessions since giving birth are different to the ones I had before. At stressful times, it rages on and then it quietens down again, but I love being a mummy, it’s the best feeling in the world. Our daughter is such a happy and positive little girl, who has a great sense of humour and just makes life wonderful for both of us. I was nervous to tell my story, but I know that it is so very important for other mums struggling with perinatal depression, OCD or other mental health conditions to know that there is help out there – every mummy deserves to enjoy her pregnancy and to feel safe and supported. Talk to your doctor, tell your midwife, refer yourself to the senior midwife at the hospital, and confide in your partner, family and friends. You need the support network and it is there – you just need to know where to find it.

Earlier this year, I spent time supporting a cousin of a friend who too was suffering with perinatal depression and would happily do this time and time again for those mummies that need it. I don’t ever want anyone to feel the way that I did.

Four years on, I am still feeling really good, I absolutely love being a mummy. I run my own marketing business and I am genuinely the happiest I have ever been. My partner and I got married nearly two years ago with our little girl as a bridesmaid – just perfect.

Meet Abbie. Whose anxiety returned after the birth of her baby boy leaving her feeling overwhelmed, mentally exhausted and struggling with a rollercoaster of emotions.
Read More 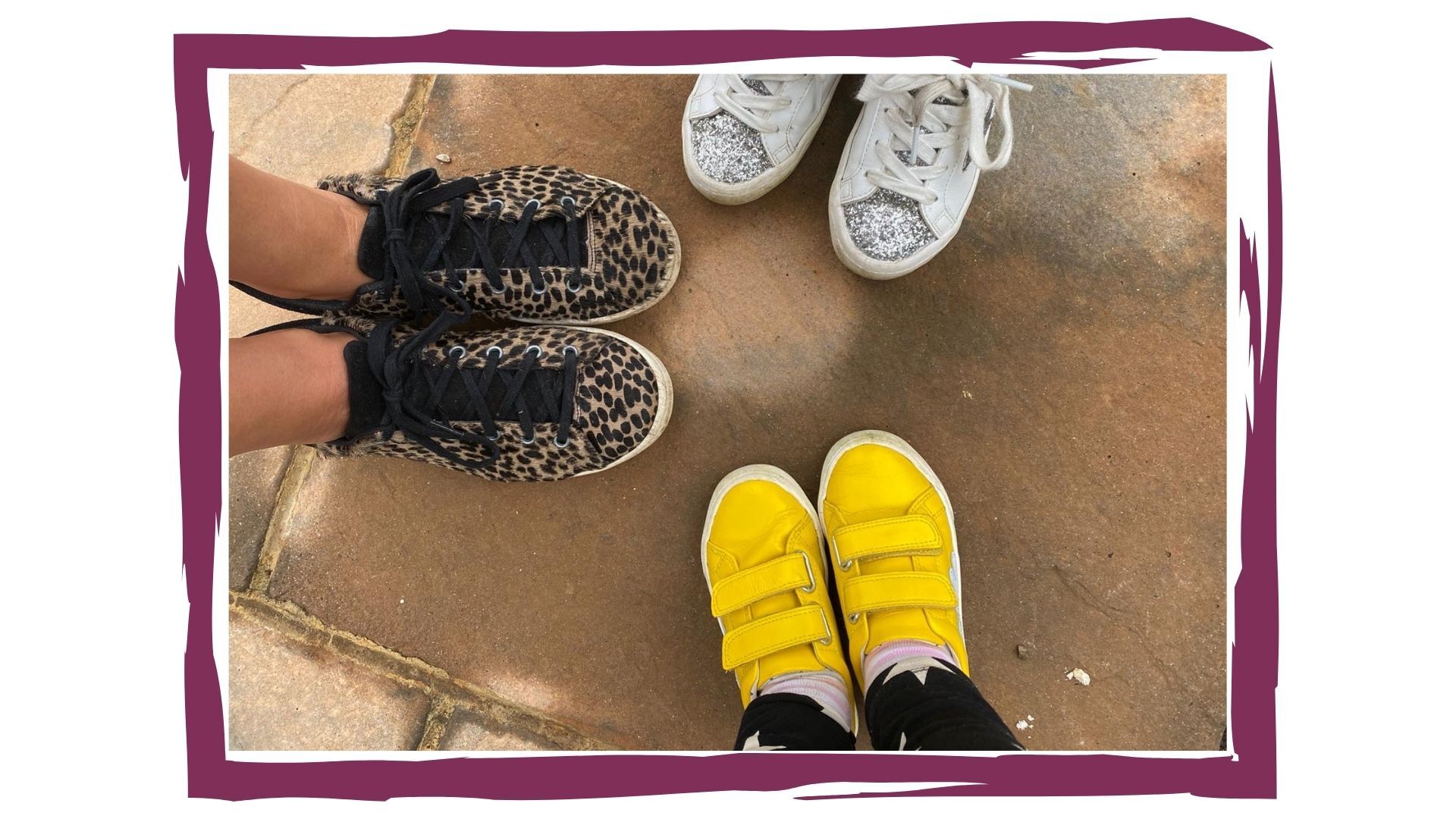 Meet Elizabeth. She has struggled with anxiety since her early twenties. But since losing her mum and discovering her daughter has a life threatening allergy, her anxiety has worsened. 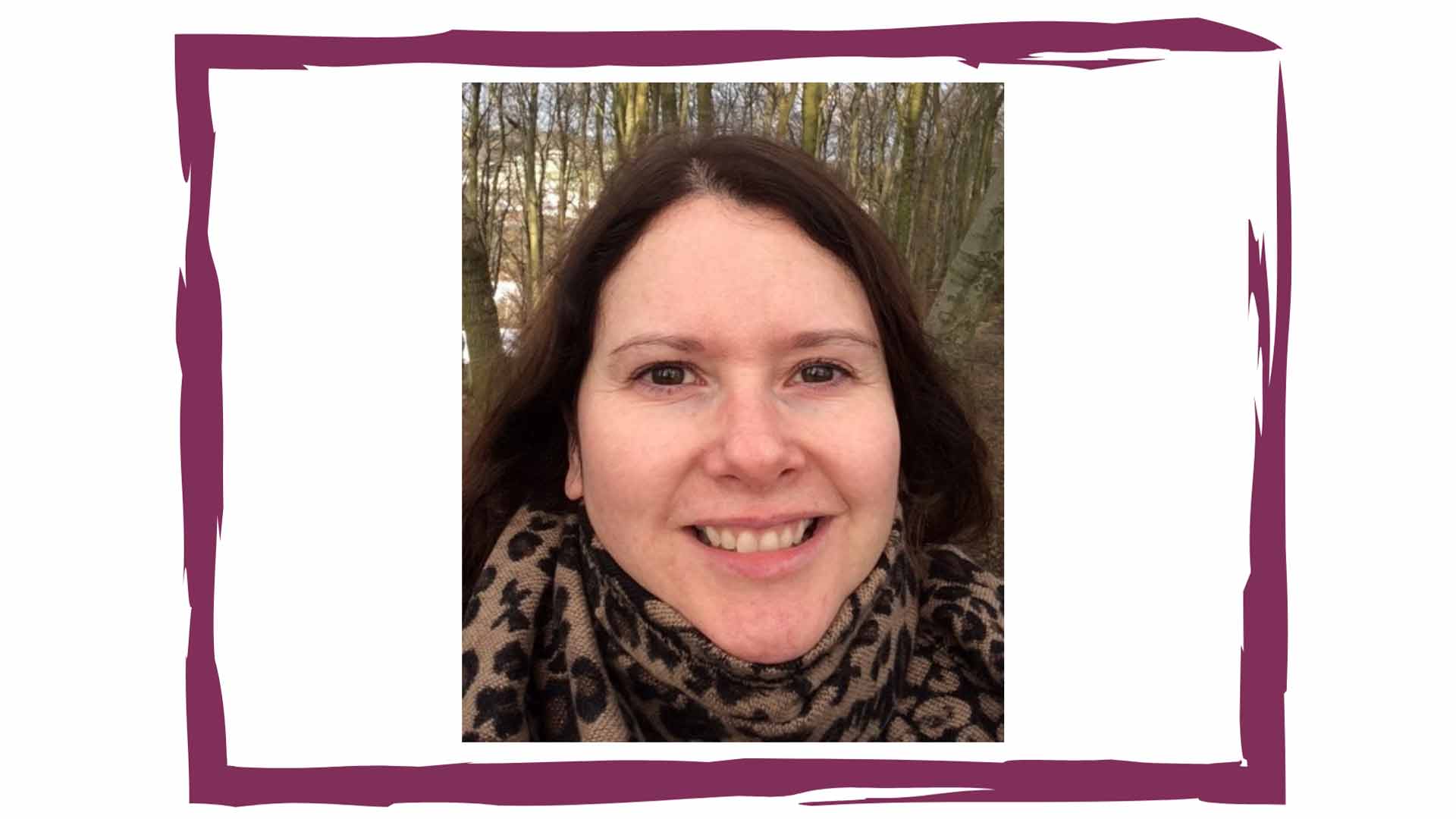 Geraldine is a mum of one, who trained as a hypnotherapist after personally experiencing anxiety and hoping to help others who have struggled in a similar way.